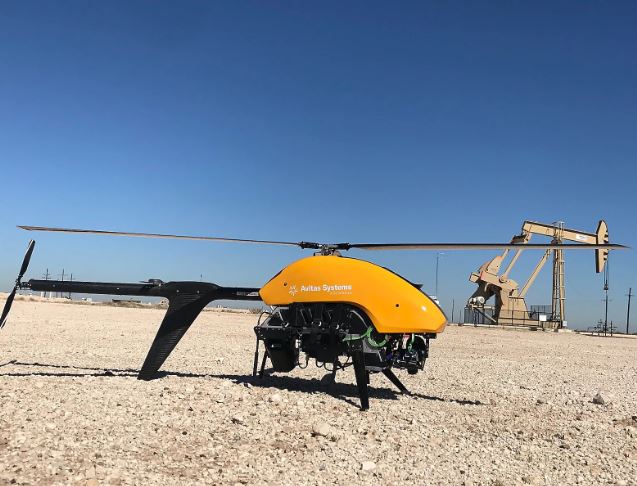 The commercial unmanned aircraft systems (UAS or drones) market is taking off in the United States and around the world. Recent innovations have transformed what used to be considered toys into powerful tools that provide substantial safety and efficiency benefits to the commercial industry, governmental institutions, and the public.

However, many of the most promising drone-use cases require the ability to fly long distances beyond the range of human sight. Whether drones are being used to inspect oil and gas and other critical infrastructure in remote locations, respond to natural disasters like hurricanes, or deliver packages, companies need to be able to fly drones beyond visual line of sight (BVLOS) of the pilot.

However, under the current regulatory framework for commercial drone operations in the United States (Part 107), drone flights BVLOS of the pilot are prohibited without an approval from the Federal Aviation Administration (FAA), and those approvals often have conditions that can limit their commercial usefulness.

The FAA recently issued Avitas Systems, a GE venture, a precedent-setting exemption that opens the door to true commercial BVLOS operations. The exemption allows Avitas Systems to operate its UAS BVLOS of the pilot in Texas’ Permian Basin for critical infrastructure inspections and the permission granted to them is unique in that it does not require the use of visual observers.

As of October 25, the FAA has issued 2,174 Part 107 waivers – but only 24 of them (or .011 percent) are BVLOS waivers (with a few additional BVLOS exemptions that have been approved). While the FAA and industry have referred to these previously granted approvals as “BVLOS,” all of these approvals required the use of more visual observers to constantly visually scan the airspace with their eyes to identify other aircraft that could create a collision hazard with the drone. This method is limited in its utility; it requires the use of more personnel on site, which can be expensive and impractical for many real-world drone operations that require long-range flights, often in rural remote areas.

Instead of having to rely on human eyes as the primary means of deconfliction with other aircraft, the FAA has authorized Avitas Systems to use a ground-based radar system to detect other aircraft flying at low altitudes near the area of operation. This is the first FAA-approved use of radar for civil BVLOS operations.

The ability to operate in the Permian Basin is hugely important for Avitas Systems, and the BVLOS permission is just as significant for the commercial drone industry at large. Avitas Systems’ new permission represents a very important development for oil and gas safety, and for the commercial drone industry at large. The FAA’s willingness to approve BVLOS operations that rely on technology mitigations, like ground-based radar, as opposed to impractical operational mitigations like visual observers, is a strong step in the right direction as we seek to bring the safety and efficiency benefits of commercial drones to the American people.

Allowing BVLOS operations is also a boon to transportation safety in the Permian Basin. According to 2018 statistics published by the Texas Department of Transportation, a vehicular fatality occurred every 37 hours across 16 counties in the Permian Basin for the first four months of 2018. UAS technology is valuable in helping address these numbers by reducing the number of hours that inspectors travel on a regular basis to perform surveillance activities in remote areas. The use of UAS technology also facilitates the fulfillment of critical safety and environmental goals of the oil and gas industry and government agencies.

We are the premier global UAS legal and business strategy practice and serve as a one-stop shop for all your needs — from regulatory issues to intellectual property, corporate matters to spectrum requirements, data privacy to export control, product liability to public policy, security to counter-drone technology – and everything in between.

Change in the UAS industry is happening faster than ever, and to stay ahead, you need to anticipate what comes next. Legal and business challenges come from all directions. We understand and work with you to solve the toughest issues. Whether you are just entering the UAS industry, or considering raising capital, or dealing with the increasingly complex drone regulations, we can help.